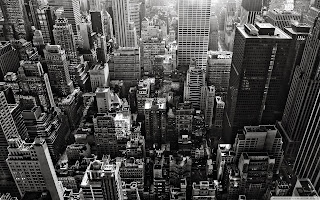 House sales across the GTA reached their highest levels in July for that summer month since 2009, with a 16 per cent surge in sales.
It was the third best July for sales on record, says the Toronto Real Estate Board.
The average selling price also spiked, up eight per cent to $513,246, largely based on sales of low-rise homes, according to figures released Friday by TREB.
Condo apartment transactions, and prices, however, were also up. Sales increased some 10.5 per cent across the GTA over a year earlier – with a healthy increase in transactions in both the 905 and 416 regions.
The average price of condos sold in July was up 3.4 per cent, year-over-year, to $338,854.
“We are forecasting continued average price growth for the remainder of 2013 and through 2014 as well, says TREB senior manager of market analysis, Jason Mercer. “Months of inventory for low-rise homes remain near record lows, suggesting that sellers’ market conditions will remain in place the second half of 2013.”
While surprising on the surface, the sudden surge can be explained by a few factors: This year’s strong July is being compared to last year’s weak sales figures. A year ago the market was softening significantly, especially condo sales, in the wake of tougher mortgage lending rules that had been imposed that month by Ottawa, sidelining many first-time buyers.
As well, July’s sales were pushed upward by a rush of buyers into the market, armed with 90-day pre-approved mortgages at rates often under three per cent, concerned that a slight uptick in mortgage rates in June was just the beginning of what might become a steady upward trend.
Weather may have also be a contributing factor: The spring market was pretty much a wash-out across the GTA this year as the cold, wet weather kept buyers at bay. Many realtors had been anticipating that pent-up demand could see an extension of the spring market into the summer, and perhaps even into this fall.
On the price side, some of the upward pressure in July can be attributed, quite simply, to a lack of inventory for sale, most notably single-family homes, especially in the high-demand City of Toronto.
New listings were up last month just 2.3 per cent from July, 2012.
Highest growth in demand, by far, was for semi-detached homes where sales were up 26.4 per cent in July over the same month of 2012, according to the TREB figures. Sales spiked almost 29 per cent in the City of Toronto and 25.2 per cent in the 905.
Average prices hit $584,499 (up 11.1 per cent) in the 416 region and $416,420 (up 6.5 per cent) in the 905.
Detached home sales were up 20.7 per cent in the 416 and 19.6 per cent in the 905 regions.
The average price of a detached home in the 416 rose 6.5 per cent, to $793,842, in the City of Toronto and 8 per cent in the 905 regions, to an average of $597,404.
Condo sales were up 10.6 per cent in the City of Toronto and 10.2 per cent in the suburbs.
Average sale prices, which had largely flatlined over the last year because of slumping sales and fears the condo market was headed for a crash, rose 4.1 per cent in the City of Toronto to about $362,000.
They were up just 1 per cent in the 905 regions, to an average of $281,044.
First-time buyers appear to have adjusted a year later to the mortgage lending rule changes. They’ve had more time to save up bigger downpayments, seem to have more confidence that the condo market is holding up much better than many observers had expected a year ago, and seem to be out buying again, realtors say.
The TREB numbers would appear to reflect some of that.
Even the condo sector is seeing a firming up of prices, which largely flatlined as of a year ago, although the number of units for sale remains high.
Toronto Condos